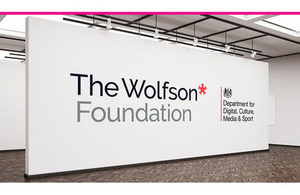 Yorkshire and Humber winners of the Wolfson Fund were recently announced, with success for Barnsley, Sheffield and Hull!

The DCMS/Wolfson Museums and Galleries Improvement Fund supports national and regional museums across England to improve the quality of displays, enhance exhibition spaces and public access, and increase awareness of their collections. Jointly funded by the Department for Digital, Culture, Media and Sport and philanthropic charity, the Wolfson Foundation, the fund has so far given £48 million to help 382 projects at 114 museum groups and galleries since it was started in 2001.

In our region, Cannon Hall Museum received £60,000 for its ‘Cracking Ceramics!’ project, whilst Hull Maritime Museum received £150,000 and Weston Park, Sheffield, Stories from Ancient Egypt to Sheffield was awarded £187,000. The successful museums and galleries are part of the thirteenth round of funding from the DCMS/Wolfson Museums and Galleries Improvement Fund.

Find out more at:
https://www.gov.uk/government/news/winners-of-4-million-dcms-wolfson-fund-announced.

If you have any good news stories please don’t forget to send them to our ebulletin editor mdy-bulletin@ymt.org.uk We would love to share your news with colleagues across the region!