‘NO MAN’S LAND’ An exhibition and publication for young people 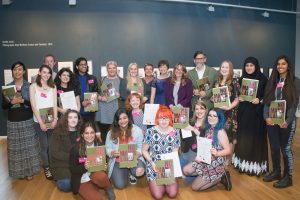 This groundbreaking publication No Man’s Land was created by New Focus Impressions Gallery’s young people’s project group. The book brings to life the story of the First World War through the eyes of women.

The book features images that have never been published before, including photographs taken by Mary ‘Fluffy’ Porter who joined the Women’s Army Auxiliary Corps and pictures from the photo-album made by Sister ‘Josie’ Kane, who travelled to Malta to work for Queen Alexandra’s Imperial Military Nursing Service.

The project is led by New Focus in partnership with Impressions Gallery, with heritage partners The Peace Museum Bradford, University of Leeds, and The First World War Centenary Partnership, led by IWM

The project is funded by the Heritage Lottery Young Roots scheme and the Impression’s Gallery thank National Lottery Players.